The sept pawpawty's theme was "down on the farm". Even though I knew there was no way I
would get to attend even one minute of the 24 hr Sept pawpawty, I was having fun making my own costumes and some for others before it started. 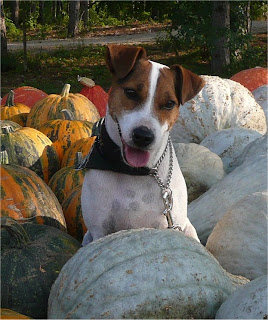 What could be more "down on the farm than pumpkins?" 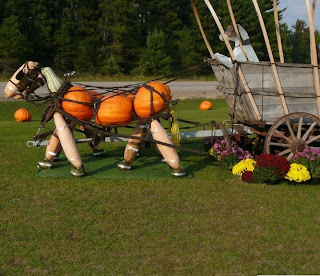 But then I decided something a bit more creative was needed: 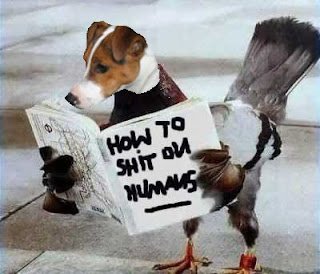 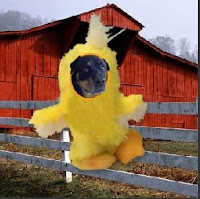 Lucky for me alot of people "wore" there costumes
a few days early so I could see some of them.
When @SydPie came out with hers, wearing a @GeorgetheDuck costume I just couldn't resist.
And I joined her on the farm with my own GeorgetheDuck costume. 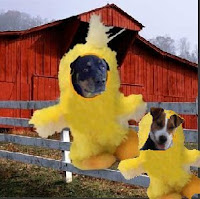 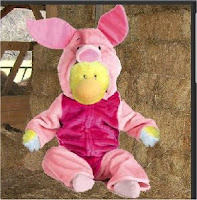 Before long @GeorgetheDuck came out with his own costume,
ahhhh a cute piggy..... 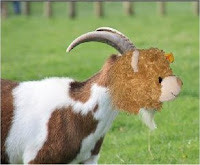 @HenryandFriends decided to be a goat.
He said he didn't mind it except his beard did itch.
LOL 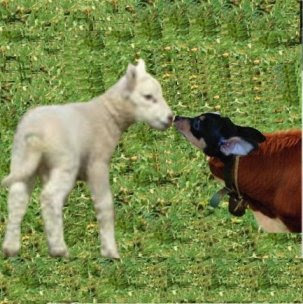 @no_crybaby_doGs wanted a cowbell and this little calf was willing to accomodate.
The little sheep came to say hello.......


#pawpawties are actually online fundraiser parties and are a blast. Anipals of every type participate, win prizes, eat, drink and have fun!!!
Some more costumes I spotted early before I left town are: 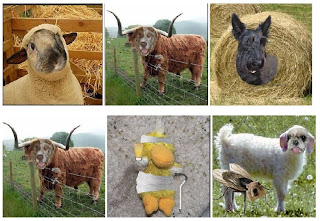 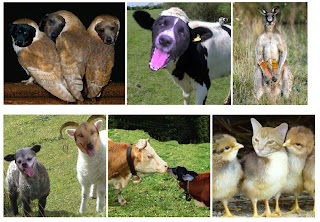 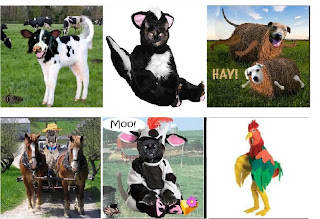 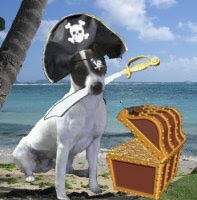 Yesterday was "Talk like a Pirate Day" and the anipals
sure didn't pass up an opportunity to dress up and have fun!
Lots of arrrggghhhh's and aye's and swabby's could be heard
thru out the day.

And costumes! to fit the part.

So now all costumes been hung back in closet until next sept...
as always,

Labels: hummingbirds
Hard to believe, if the past calendars hold true, that in less than two weeks from now the last little hummingbird will have drank her fill and headed south for the winter.
Momma is so sad, the males have already left and there is just a handful of females preparing to leave. Its always a long winter waiting for April when they return again.
It seems like just yesterday that it was April 20th and I was watching momma preparing hummingbird feeders for the scouts to find when they come thru. Normally its about the 25th of April when the first one arrives. And this year was no exception. Right on schedule the male hummingbirds arrived to find some yummy sugar water awaiting them.
A few weeks later the females arrived and approved of the feeding and nesting area the males scouted out. They enjoyed the sugar water.

And soon the orioles arrived. The bright orange feathers and beautiful song make them such a joy to have around, even though they only stay a short time. They enjoy the feeders in the spring, they nest and then move on. And this year momma noticed alot of downy woodpeckers discovered the feeders and spent a good share of time enjoying them too.

Soon the bushes/trees were covered with leaves and someone else nested nearby the feeder.
Mr & Mrs Cardinal raised two babies while the hummingbirds sat in the same bush with them and waited their turn on the feeder. 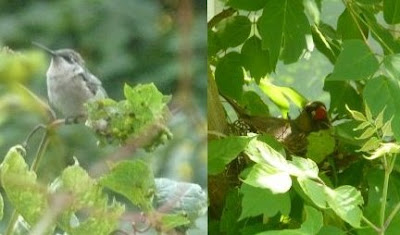 As summer wore on, the hummingbirds all raised their families and spread the word.
Momma put up three more feeders and still momma had to fill them almost every 4 days.
I never could catch one of those silly birds but then momma would have been very unhappy if I did. I spent my time trying to get those pesky chipmunks under the feeders while she filled the feeders.

But here it is already September, and all the boy birds already gone south to scout out new houses and food sources before the girls come. Momma sits for hours (with me in her lap at her computer) watching these little guys outside the window. She says she is sad to see them go. That it means summer is officially over.
Every day now, fewer and fewer hummers come to feed and by the 27 of September should be none.
Mom did say she will leave the feeders up for a bit for the bees, butterflies and chipmunks to finish them off....

So its goodbye little hummingbirds, fly safely south and hurry back north!!
as always!

Today I was looking thru all my picture files and came across one of my favorite cartoons.

I thought I would share it with you all.

This is a common discussion between me and mom LOL 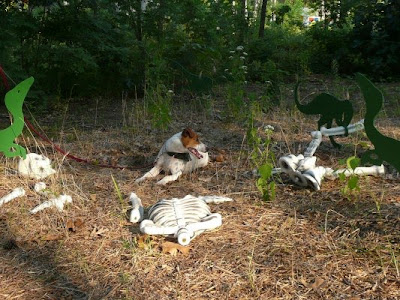 well it was a quiet day when me and momma and dad went for a walk.

Suddenly we stumbled across some bones.. yummy bones!!

I was really curious how/why these bones were here. 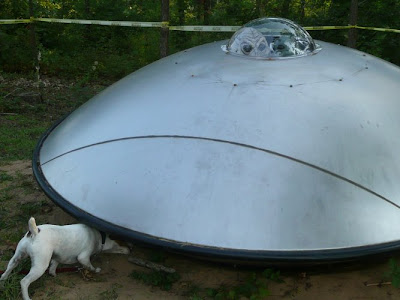 hmmmmm nothing seems to be under here... I better look above... 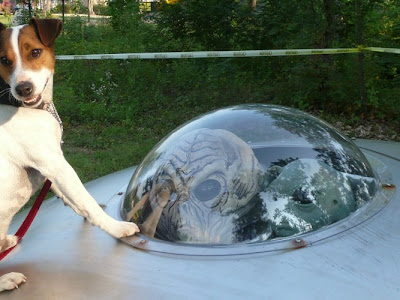 MOM! Look there is something / someone in there!!!
OMD are they ugly! 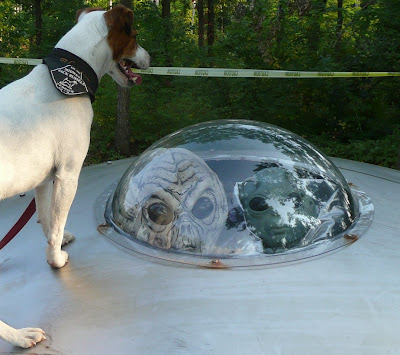 Hey you guys, bark, bark,
you think you're so tough?
you ain't nearly as big as I think I am... 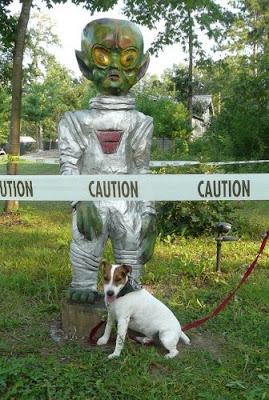 Other things for you to sniff out

Huntyr
3 year old Jack Russell Terrrier who loves to dig, run, and "look for rats" at all the JRT trials and fun days.